I don’t know whether it’s my European blood raging or my dismay with Paul Krugman’s degeneration from an academic I admired to a dogmatic commentator who banks on his economist’s reputation to promote a narrow political ideology.

Krugman’s latest “prey” are European policymakers, in an op-ed piece that is so shallow and uncorroborated in its assertions, and so one-size-fits-all in its prescriptions, that it might have well been written by an American freshman student of European studies in a rush to finish his midterm exam. 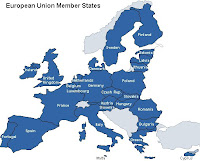 Accordingly, European leaders are claimed to have been “slow” and spineless in their reaction to the financial crisis, “poor” in their leadership and full of “know-nothing diatribes” comparable only to those of “well, Republicans.” In fact they have apparently been so slow, poor and know-nothing that the very integration of Europe (and even the euro itself) is at stake.

Let’s start with monetary policy and the ECB, who “completely missed the depth of the crisis”, is still “complacent” and (always per Krugman) basically lacks the balls and/or the government backing to follow the Fed in its bold, resolute steps.

Perhaps a few facts might help here, in lieu of the colorful charges above.

Complacent? The ECB was the first to act back in August 2007 upon the first signs of funding pressures and liquidity hoarding by banks. It did so by providing banks with ample amounts of liquidity at longer maturities. A year later, when the (real) fireworks began, the ECB expanded its support measures by providing unlimited liquidity with maturities of up to six months, and by expanding considerably the list of eligible assets that banks could pledge as collateral.

As a result of these measures, the ECB’s balance sheet increased by 600 billion euros compared to its pre-crisis level. This is about 6% of eurozone GDP, which, actually, is almost the same as the Fed’s own balance-sheet expansion in GDP terms! Critically, Trichet has by no means signaled the end here. Au contraire!

“Shied away from any strong measures to unfreeze credit markets”? Given the above, I take it that by “strong measures” Krugman refers to the likes of the TALF or the MBS purchase program—i.e. measures taken by the Fed to bypass the banking system and support targeted dysfunctional credit markets directly (e.g. housing or credit card loans, auto loans, etc).

The ECB has yet to go that far and for a good reason. Bank-based lending is far more predominant in Europe than in the US, where capital markets play a substantial role in allocating credit. Addressing any dysfunctions in the banking sector in order to jumpstart bank lending is therefore of utmost importance in Europe, with TALF-like measures only secondary.

In fact, I would go as far as to suggest that restoring bank health is as important in the US (see here why) and any thought that the TALF could help revive credit by bypassing the US banking system is wishful thinking.

Slow (in cutting rates)? Possibly, but the facts don’t really prove the superiority of the Fed’s bolder approach either. For all its whopping rate cuts, the Fed has not succeeded in loosening financial conditions in the US in a meaningful way. (See here again).

Three-month Libor rates in Europe are only 0.30% higher than in the US, despite the ECB’s policy rate being 1.25% higher than the Fed’s. US yields on long-term corporate debt came off their October peaks but have subsequently resurged amidst the ongoing uncertainty in financial markets. The Fed’s announcement that it would start purchasing Agency mortgage-backed securities (MBS) brought MBS yields sharply down in late November. But mortgage yields have edged up again since mid-January, partly on concerns that the US Treasury’s fiscal “adventures” might lead to inflation in the future.

Completely missed the depth of the crisis? Perhaps. But it looks like the ECB was in good company. Here is a quote from Ben in the FOMC statement of August 7, 2007—the very onset of the crisis (sorry Ben!):

“Financial markets have been volatile in recent weeks, credit conditions have become tighter for some households and businesses, and the housing correction is ongoing. Nevertheless, the economy seems likely to continue to expand at a moderate pace over coming quarters, supported by solid growth in employment and incomes and a robust global economy.” (My emphasis).

And on June 25, 2008: “Although downside risks to growth remain, they appear to have diminished somewhat, and the upside risks to inflation and inflation expectations have increased.”

Coming on to fiscal policy, the “know-nothing” diatribes of the German finance minister, and Europe’s “striking” hesitance to match America’s audacity. I’ll leave aside the “know-nothing” criticism, although I can’t help noting that I have yet to hear any words of wisdom from our own Treasury Secretary. I’ll also refrain from debating the desirability of a stimulus package of the size and shape approved by the US Congress. *The* point here is that it’s ludicrous to claim that European governments should follow the US Treasury’s footsteps, without stopping to think whether they can afford to.

Unlike the US Treasury, which can (still) issue 10-year notes at a 3% yield, long-term yields are materially higher in some European countries, reflecting fiscal vulnerabilities that could only be exacerbated by further debt burdens. As to Germany, which could arguably “afford to” increase its stimulus, it has potentially a lot on its plate. Germany would be one of the few European countries that could muster sufficient resources to provide emergency bilateral support to a fellow EU country experiencing a sudden loss of investor confidence (The IMF could be another source of support, provided its resources are replenished fast).

Would the likes of Germany do it? Anyone who doubts any eurozone member’s commitment to integration and the euro itself has zero understanding of the interconnectedness that has made European integration a necessity.

From the perspective of weaker countries, the currency stability and relatively low yields (even during this crisis) are just one demonstration of the immense benefits of such integration. The fact that some Eastern European members are now knocking on the door for a faster eurozone membership is a further confirmation. As to Germany, the bulk of its trade surplus remains with Europe and the currency devaluations that would likely follow a euro break-up would destroy the growth model it has been benefiting from for years.

Talking about boldness, the euro has been one of the boldest policy measures in recent economic history. And if Krugman wants to talk seriously about currency crises, he’d better go back to the drawing board and write a paper of the caliber that showed his genius back in 1979. Otherwise I recommend a year off in Brussels. They have good beer!

Originally published at the Models & Agents blog and reproduced here with the author’s permission.

5 Responses to "A Nobel-prize winner adrift"